Mr Khout graduated in 1998 and later completed his training in general surgery. He subsequently became a fellow of the Royal College of Surgeons of Edinburgh in 2010, and two years later, he joined the Edinburgh Breast Unit for one year to obtain his breast oncoplastic fellowship.

Since 2013, Mr Khout has been practising as a consultant breast oncoplastic surgeon. He was appointed at the Nottingham Breast Institute in 2015 and also by the Public Health of England as a professional clinical advisor for the breast screening programme in the East Midlands.

Aside from his consultancy work, Mr Khout has a passion for educating undergraduate and postgraduate trainees, and by 2010, he was a fellow of the Higher Education Academy in the UK. Additionally, he holds research interests in the areas of new technologies for oncoplastic breast surgery, breast care genetics and breast cancer survivorship.

Mr Khout is the co-founder of the Nottingham Breast care clinic (NBC) at Nottingham Spire Hospital. He also leads on several projects at NHS and private sector including the unique Oncoplastic Forum (OPF) at the Nottingham Breast Institute. The project aims to deliver a patient-centred care by offering each patient with the utmost personalised care surgical plan.

Mr Khout works within a team of oncoplastic and plastic surgeons, advanced breast practitioners and specialist breast nurses in his private practice based at Spire Nottingham.

What is breast reduction?  Breast reduction is a surgical procedure to reduce the size of the breasts. The operation is performed ...

I was diagnosed with Breast Cancer in July 2018. Dr Khout and his team have helped me through my treatment with a caring, friendly and understanding approach. I can’t express how important this is. They’re amazing, a truly valuable asset to the NHS.

I found Dr Khout to be extremely professional, caring and considerate to my needs. He takes the time to listen and give advice. I feel most fortunate to be under his care and will be forever grateful for his work.

A very friendly and reassuring doctor. Always willing to listen as well as give advice

After my tests I would have like to have had the opportunity to speak with him for a final comment. I was just told that I could go and didn't need to see him. However, I did ask to see him and I did without any issue, which was great.

Dr Khout did a great job with my exam. He explained everything to me in a very clear manner, he was also very kind and friendly. All of the staff was great and very helpful

My consultation with Mr Hazem Khout was excellent. He was super friendly and explained everything to me.

I couldn't have felt happier with my appointment. It was so efficient that I was in and out within an hour having scans and my consultation. I left feeling reassured.

Professional and courteous Doctor, all hospitality staff friendly and welcoming

Mr Khout was amazing, he took the time to explain everything to me in detail and generally has great patient manner. I felt very listened to and had all my questions answered well.

I would recommend Mr Hazem Khout. He came across very welcoming, well mannered and professional. I received excellent explanations and equipment was of high standard. All staff were outstandingly friendly and helpful without wait time.

My appointment was made very quickly after concerns over a change in my breasts. I was treated with kindness and care and I can’t thank you enough for putting my mind at rest and helping me to understand my options.

The staff were friendly and helpful and during the appointment at no point did I feel that I was wasting time or that I wasnt being listened to. Mr. Khout was exceptionally kind and understanding, I felt at ease and in capable hands.

Truely professional, experienced, knowledgeable Doctor. Asked all the right questioned made me feel comfortable and respected.

Excellent consultation from start to finish with all involved. Reassuring, professional, extremely informative but also friendly too. Thank you.

Mr Khout and his team totally put me at ease, and explained every step of the investigations. Would absolutely highly recommend.

I was extremely impressed with every aspect of my consultation. As a very anxious patient, I felt very reassured to be in such competent hands. Would highly recommend.

Such a caring and reassuring experience.

He created a calm environment, took the time to fully explain his procedures and findings. I would highly recommend using Dr Khout.

Mr Khout was amazing, he made my very anxious experience much less so. He was extremely knowledgeable and this was highly reassuring. He was very clear about what was going to happen and surrounding my results. I would highly recommend him. Thank you 🙂 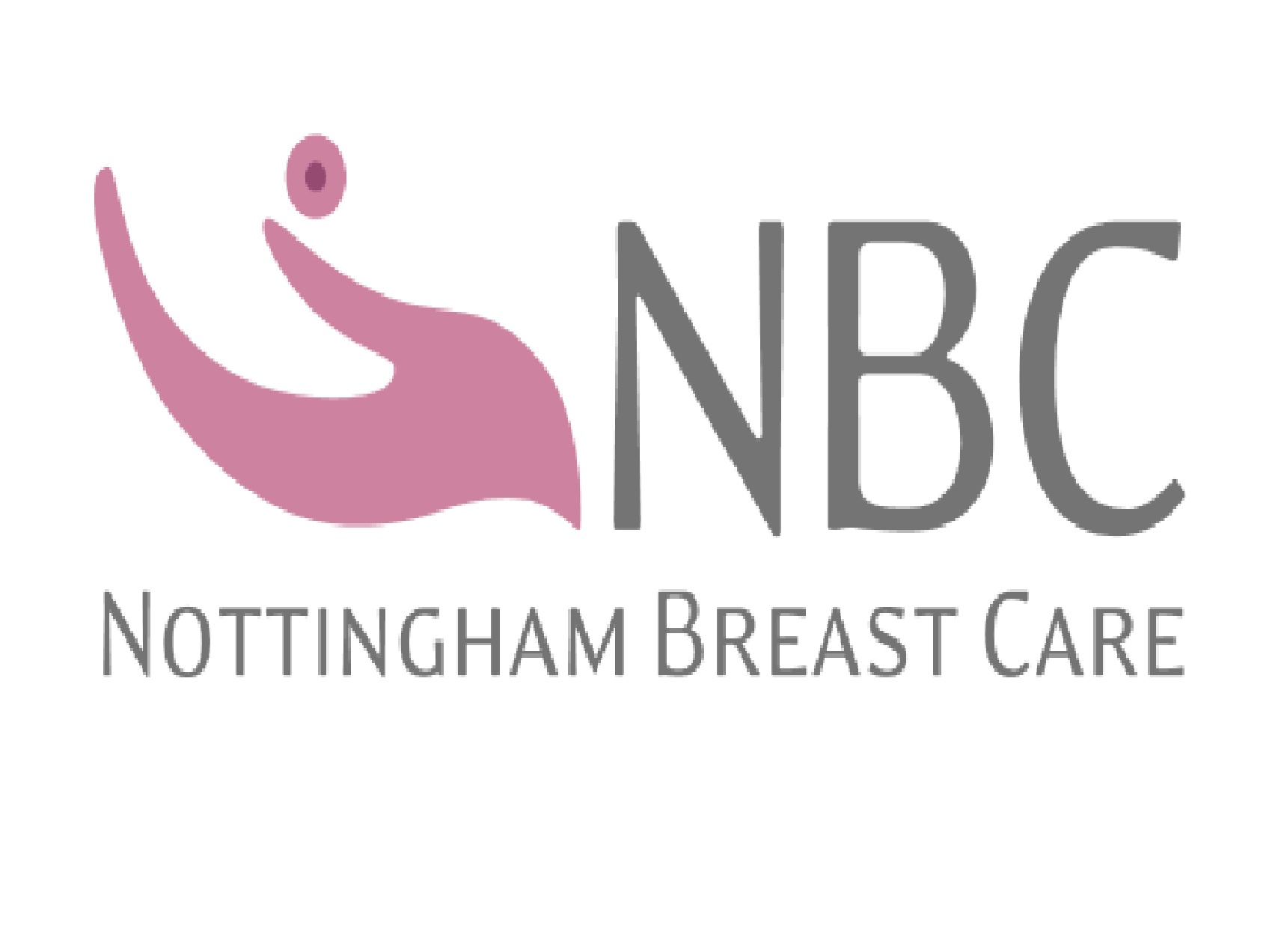 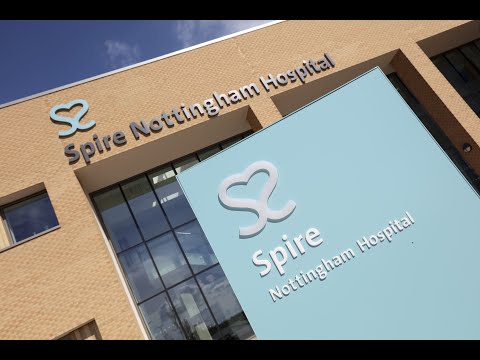 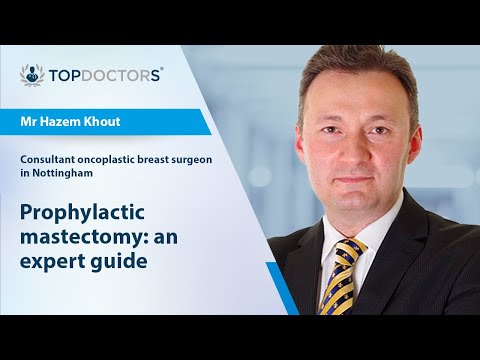 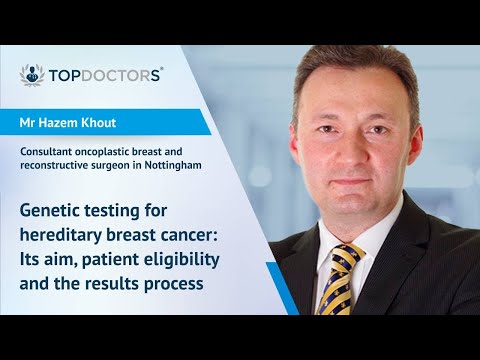 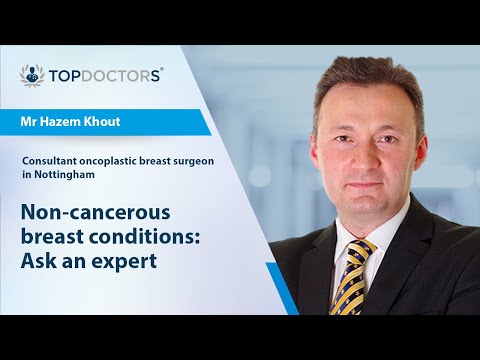 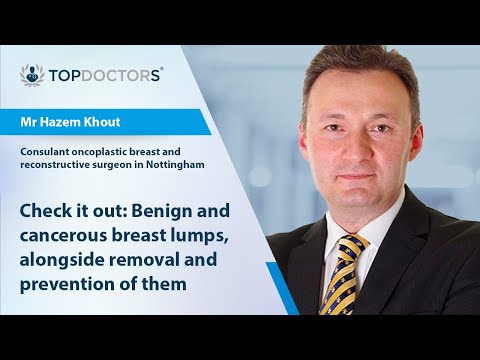 Check it out: Benign and cancerous breast lumps, alongside removal and prevention of them 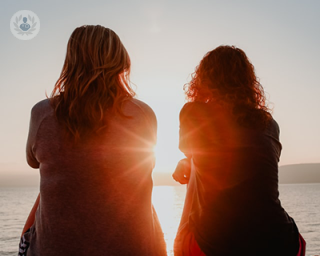 Finding painful lumps in the breast or experiencing nipple discharge can be alarming for many women. However, a benign (non-cancerous) condition may be the cause behind these symtpoms. In this informative article, highly respected consultant oncoplastic breast surgeon Mr Hazem Khout expertly details which are the most common benign conditions of the breast as well as their diagnosis and treatment.
Read more 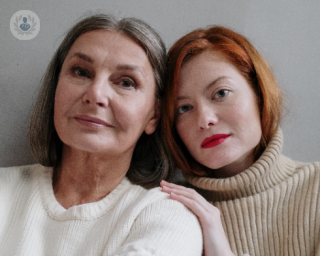 Hereditary breast cancer is a condition that may concern those who have relatives that have or have had breast cancer. Here to discuss the factors that lead to having genetic testing for the condition, alongside its aim and the results process, is leading consultant oncoplastic and reconstructive surgeon Mr Hazem Khout.
Read more 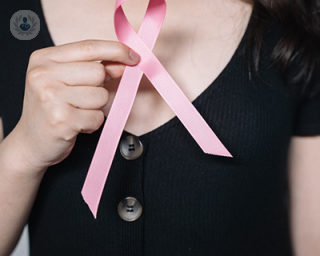 Prophylactic mastectomy is a preventative procedure which can be life-saving for women genetically presdisposed to developing breast cancer. In this article, highly esteemed consultant oncoplastic breast surgeon Mr Hazem Khout gives expert advice on what women should consider when deciding if they should opt for the procedure.
Read more 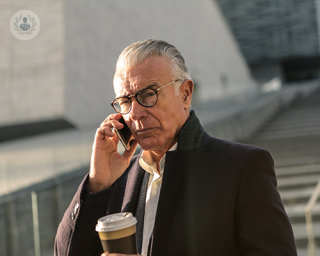 Male breast cancer: what are the symptoms?

Although it's a lot less common than in women, men can get breast cancer too! Would you know how to recognise the symptoms of male breast cancer? We spoke to one of our leading breast cancer surgeons Mr Hazem Khout who explains all.
Read more

This website uses cookies to improve your experience while you navigate through the website. Out of these cookies, the cookies that are categorized as necessary are stored on your browser as they are essential for the working of basic functionalities of the website. We also use third-party cookies that help us analyze and understand how you use this website. These cookies will be stored in your browser only with your consent. You also have the option to opt-out of these cookies. But opting out of some of these cookies may have an effect on your browsing experience.
Necessary Always Enabled
Necessary cookies are absolutely essential for the website to function properly. This category only includes cookies that ensures basic functionalities and security features of the website. These cookies do not store any personal information.
Non-necessary
Any cookies that may not be particularly necessary for the website to function and is used specifically to collect user personal data via analytics, ads, other embedded contents are termed as non-necessary cookies. It is mandatory to procure user consent prior to running these cookies on your website.
SAVE & ACCEPT